Mosquitoes are notoriously dangerous, responsible for over one billion cases of disease and around a million deaths each year. Malaria alone kills more than 400,000 people each year and viruses carried by mosquitoes, such as yellow fever, dengue and zika, are emerging, spreading and increasingly impacting on human health.

To tackle these crippling global diseases requires targeted control of their vector, the mosquito. This in turn relies upon detailed knowledge of the distribution, diversity and abundance of mosquitos in space and time. Current mosquito survey methods are time consuming, expensive, spatially limited and can put those conducting them at risk of catching the vector borne diseases they are trying to prevent. Consequently, there is an urgent need to find new, automated and reliable survey methods.

HumBug is our response. We have developed a new system to detect and identify different species of mosquitoes using the acoustic signature (sound) of their flight tones captured on a smartphone. By using sound to identify different species, this new system can generate unprecedented levels of urgently needed high-quality, spatially accurate mosquito occurrence data without incurring any risk to those conducting the surveys. It is low cost, running on budget smartphones using our MozzWear app. The app captures and records the mosquito flight tones employing the inbuilt phone microphone as an acoustic sensor. The recordings, along with the time and location, are uploaded by the app to a central server where the species is identified using a suite of algorithms that distinguish between species according to their acoustic signature. 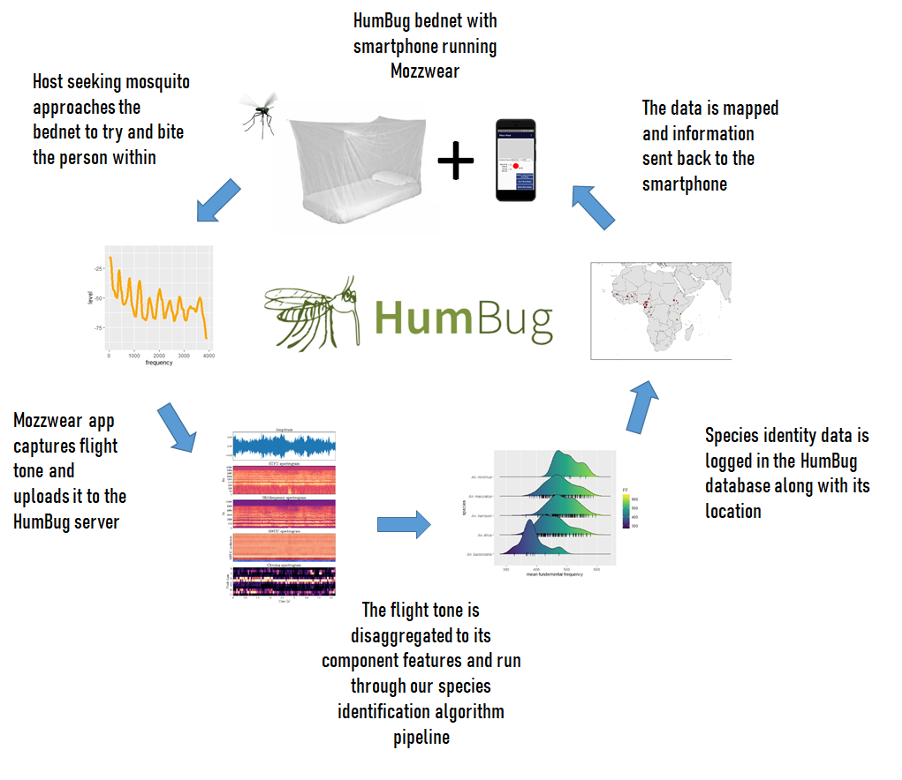 We have now received funding from the Bill and Melinda Gates Foundation to take this project a step further and test the HumBug system in rural communities in Tanzania and the Democratic Republic of Congo. Working in collaboration with the Ifakara Health Institute and the Kinshasa School of Public Health we aim to:

Our ultimate goal is to provide high quality, real-time data on the diversity, distribution and abundance of mosquitoes for:

On these pages you can find more about this exciting project, its people and our outputs. If you are interested in working with us, if you have data that you can share, or if you would like to know more about this research, please don't hesitate to contact us. 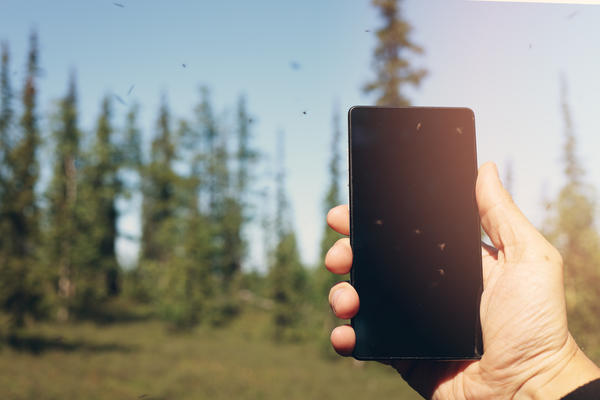 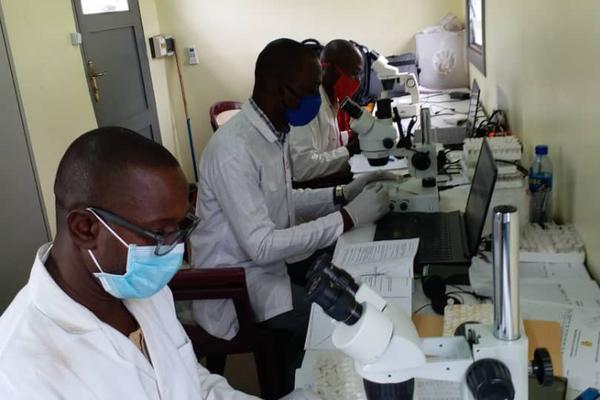 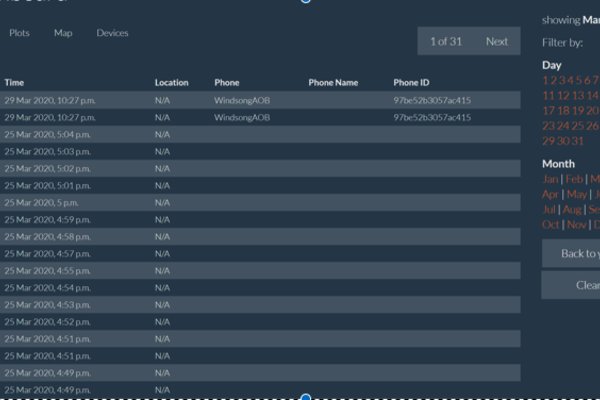