How do we capture the sound on a smartphone?

Mosquitoes are more often heard before they are seen and this is due to the unique way they fly. They have a particularly short or truncated wing beat allowing them to flap their wings faster than any other insect of equivalent size. Some male mosquitoes have been recorded flapping their wings up to 1000 beats per second, although female wing beats are more commonly around 300-600Hz (Hz = frequency of beats per second). It is this wing movement that produces their very distinct and identifiable flight tone.

There are many variables that can affect the flight tone and these include the sex of a mosquito, its overall size, its species and even the ambient temperature.

Comparing the flight tone of male and female Culex quinquefasciatus reared from the same batch of eggs and recorded under the same environmental conditions provides a simple illustration of how flight tone can vary. Male mosquitoes are generally smaller and have a higher flight tone and faster wing beat than females. 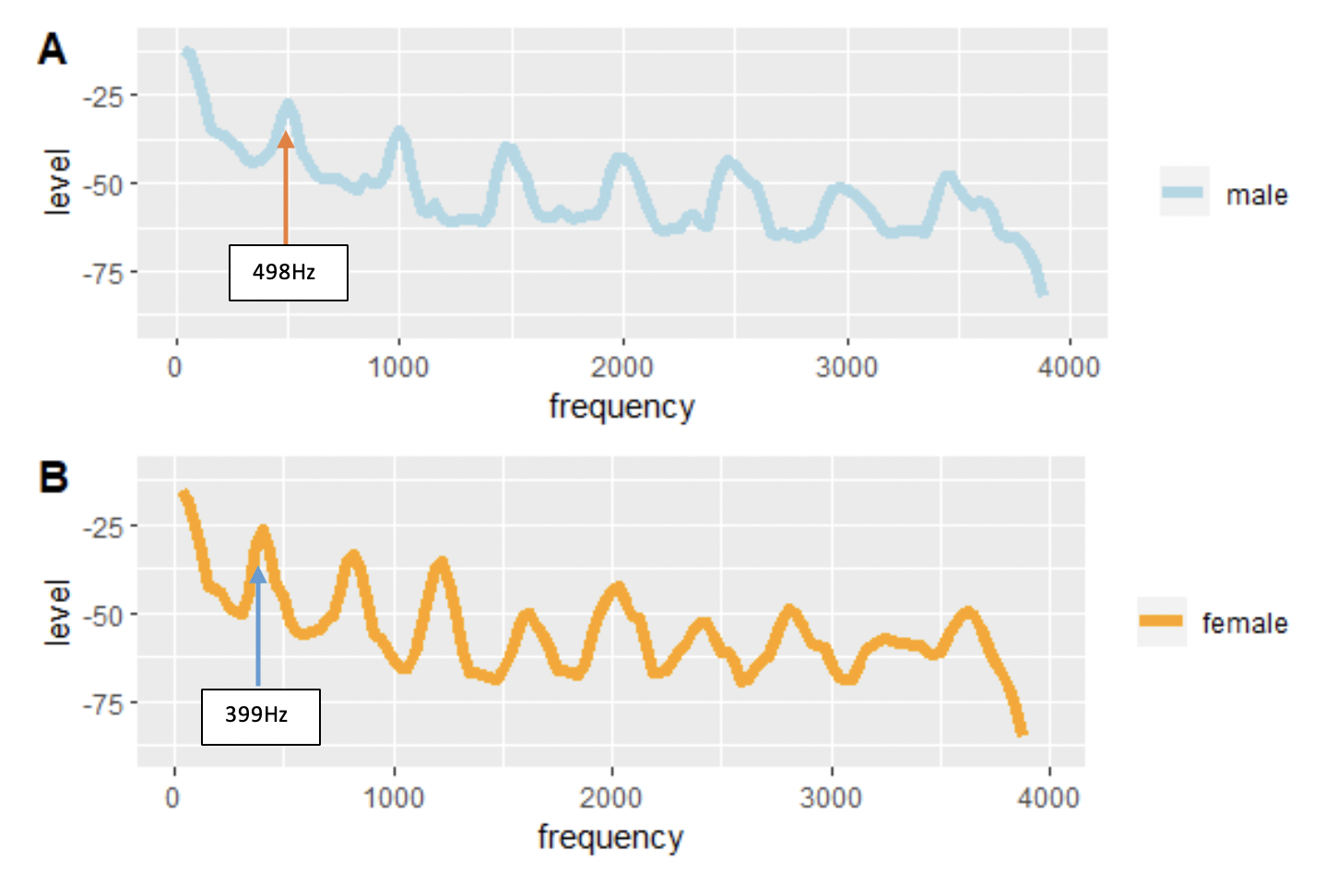 Figure 1: Frequency plots (spectrograms plotting frequency against decibel level (i.e. loudness)) of the A. male and B. female Culex quinquefasciatus showing that the male has a higher flight tone

We use two methods to capture mosquito sound (flight tone). Our first method (‘Cup recordings’) allows us to record the flight tone of wild captured mosquitoes and we are using these to build an extensive database of acoustic data. These data are used to train our algorithms and therefore need to reflect the inherent variability in flight tones found in wild mosquito populations. Our second method (‘HumBug Net’) passively captures the flight tones of mosquitoes when the smartphone is deployed:

1.    ‘Cup Recordings’ – we are building an extensive database of flight tones recorded from wild captured mosquitoes. There are many external factors that influence the sound a mosquito makes when it flies. One of the most important is the size of the mosquito. Mosquito size will vary depending on how big it grows during its larval stage. This, in turn, depends on the conditions within its larval habitat, particularly the amount of available food and level of crowding. If we want our system to identify wild mosquitoes, we need to train our detection and identification algorithms using wild specimens with their inherent variability in size – laboratory cultures produce standard sized mosquitoes and cannot provide the level of variability found in nature.

We use traditional mosquito survey methods to collect live specimens in the field. Each mosquito is carefully placed into individual cups that are large enough for free flight. Each specimen is fully identified after recording.

We use a selection of locally available smartphones as well as a high-quality field microphone to record our mosquitoes to make sure any variability in recording quality is accounted for.  Consequently, we have multiple audio files within our database, linked to the full identity of each mosquito specimen, the location of its capture, date of capture and the temperature during the recording. 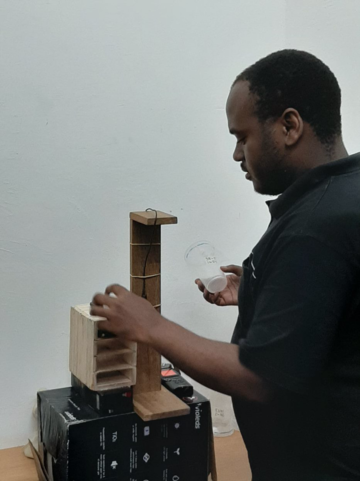 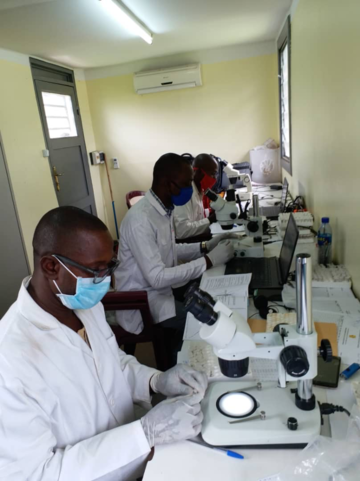 2.    ‘Field recordings’ - We use the ‘HumBug Net’ to passively collect host-seeking mosquitoes in the field. This method is still being refined (details of the final methodology will be published here shortly) but allows mosquito flight tone to be captured using a budget smartphone running our Mozzwear app. It requires no-active participation by the user other than to ensure the smartphone is charged and placed correctly in the net. We have shown the method’s effectiveness in successfully capturing night flying mosquitoes in both Thailand and Tanzania. 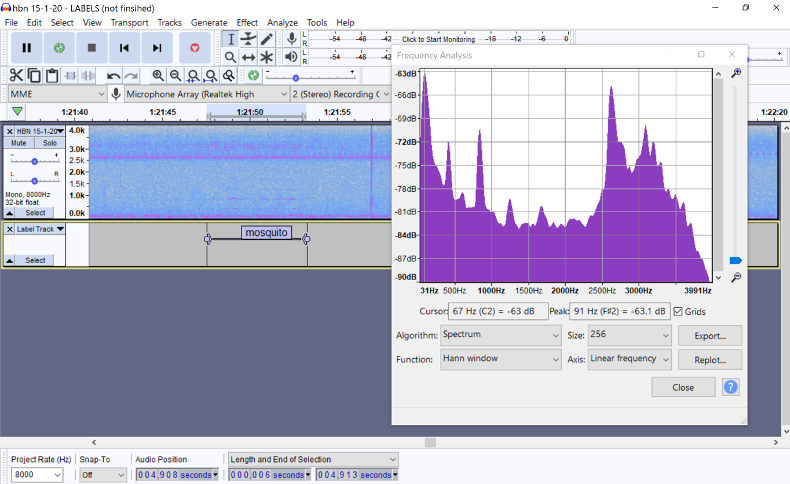 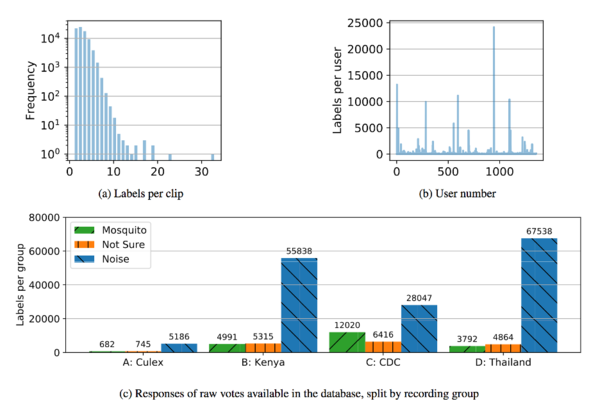 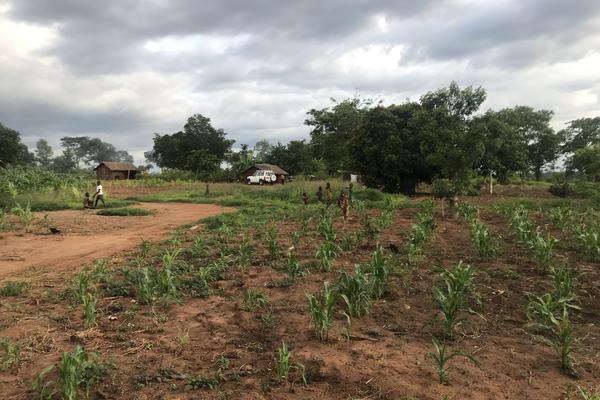 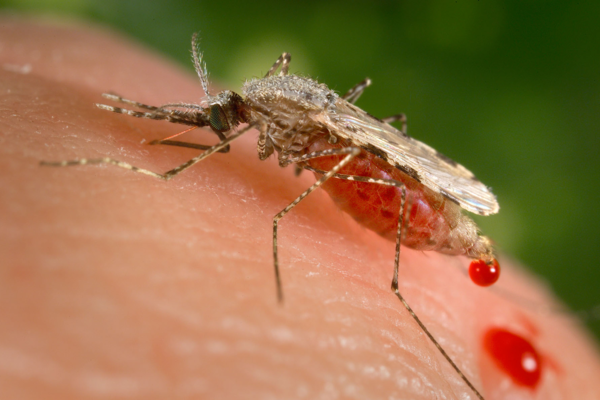