A new research article in PNAS

A new malaria vector in Africa: Predicting the expansion range of Anopheles stephensi and identifying the urban populations at risk

Africa suffers the highest burden of malaria, and transmission tends to be focussed in rural areas. In 2012, an unusual outbreak of urban malaria was reported from Djibouti City in the Horn of Africa and increasingly severe outbreaks have been reported annually ever since. Subsequent investigations discovered the presence of Anopheles stephensi, an Asian mosquito species, which, unlike endemic African vectors, is known to thrive in urban environments. Since that first report, An. stephensi has been identified in Ethiopia and Sudan and this worrying development has prompted the World Health Organization (WHO) to publish a vector alert calling for active mosquito surveillance in the region.

Using an up-to-date database of published locational records for An. stephensi across its full range (Asia, Arabian Peninsula, Horn of Africa) and a set of spatial models that identify the environmental conditions that characterise a species’ preferred habitat, Sinka et al. provide evidence-based maps predicting the possible locations across Africa where An. stephensi could establish if allowed to spread unchecked. Unsurprisingly, due to this species’ close association with man-made habitats, our maps predict a high probability of presence within many urban cities across Africa where our estimates suggest that over 126 million people reside. Our results strongly support the WHO’s call for surveillance and targeted vector control, and provide a basis for the prioritisation of surveillance. 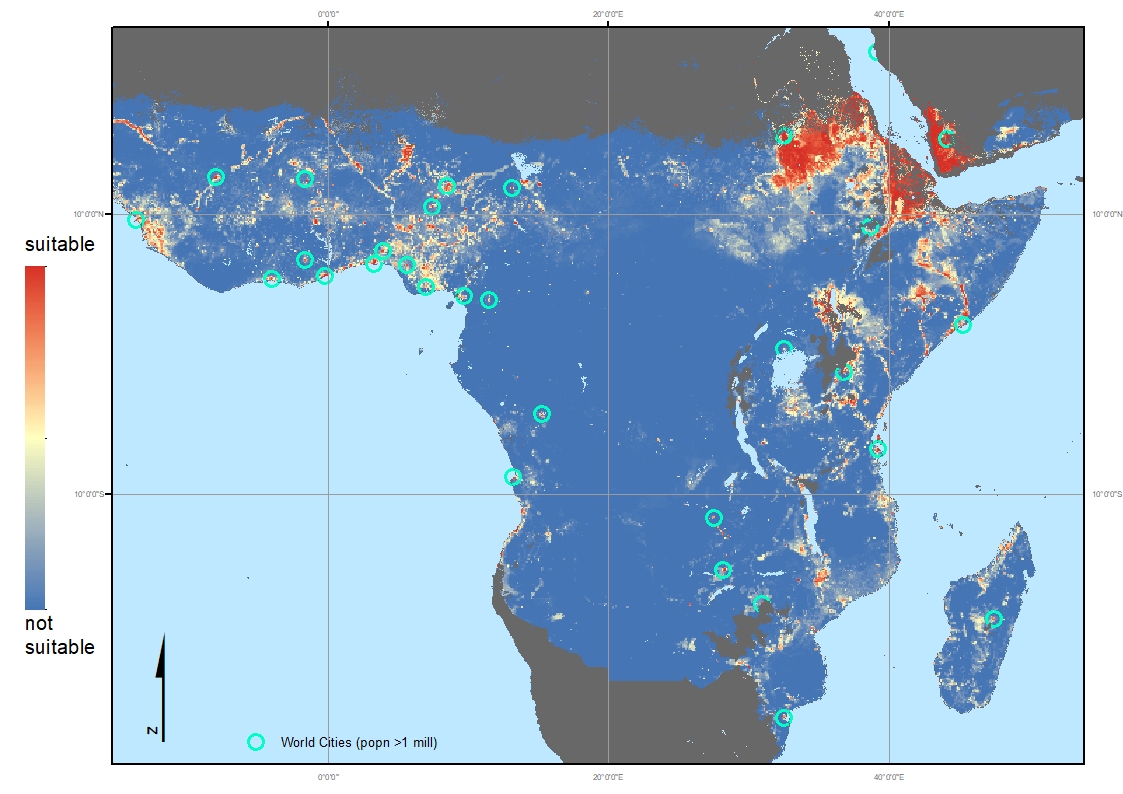 Fig 1: The inclusive map focusing on the malaria (P. falciparum and P. vivax) endemic areas in Africa: Environmental suitability map of An. stephensi using the updated occurrence database including all African sites.